Power Ties for Powerful Women - We look at 3 Iconic Women 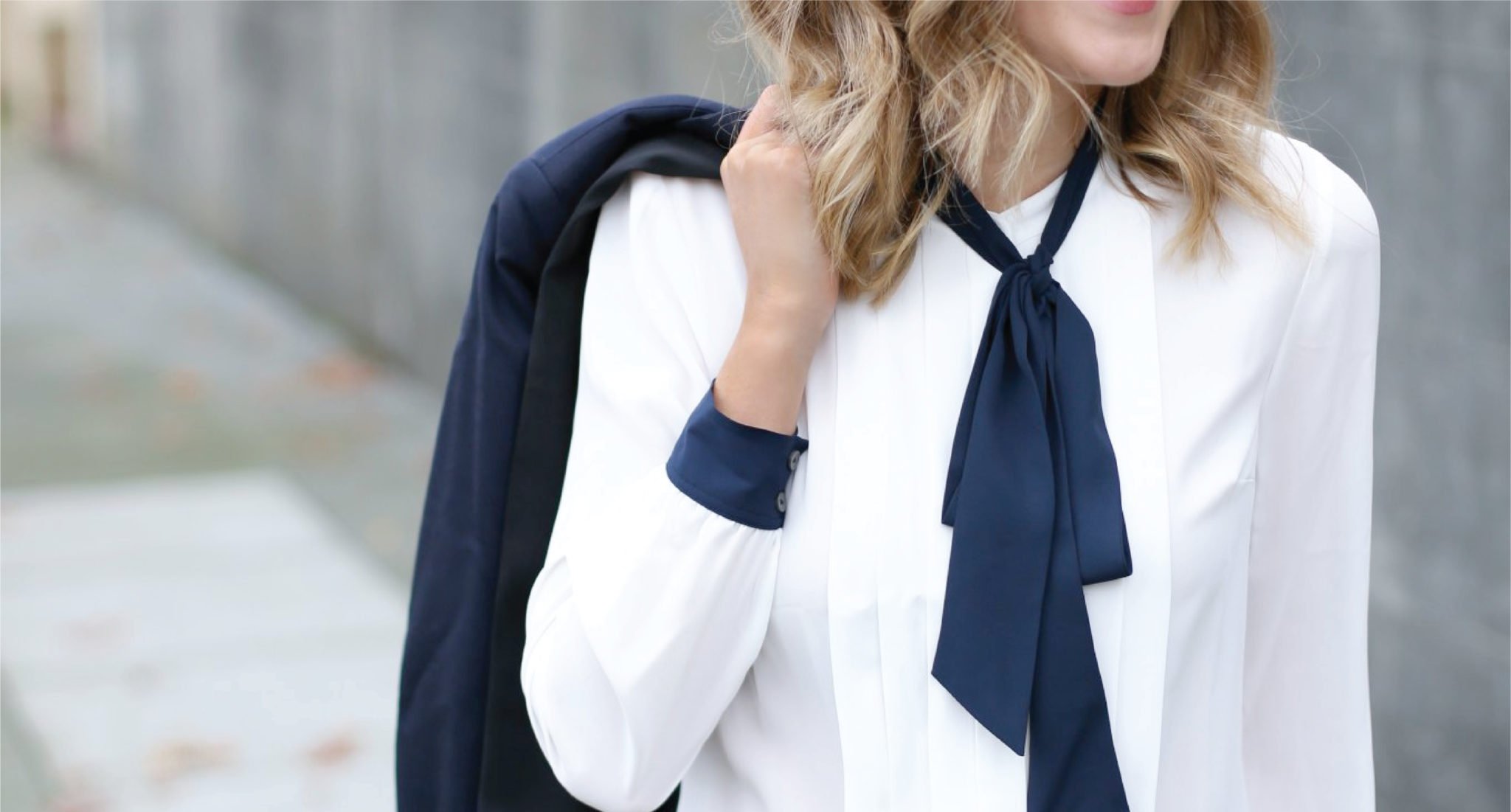 Power suits are often associated with, well, positions of power which have, historically, been occupied by men. But with the social changes in the workplace and more women being appointed to influential positions, so too has the power suite evolved to accommodate feminine form. With this evolution, the tie, the quintessential power suite accessory, steps into the limelight in more exciting ways than ever before.

Vinuchi has over 40 years’ experience in designing and manufacturing power ties for corporate, and school application

TAKE A LOOK AT OUR RANGE OF TIES HERE

So we are delighted to be discussing the power tie in the context of women’s fashion.

Women incorporating ties into fashion first became popular in the 1970s particularly when Diane Keaton wore a tie as the titular character in Annie Hall in 1977 view here. Right through the 1980s ties were seen in women’s fashion as a popular accessory. While the trend faded somewhat in the 90s and 2000s ties in women’s fashion are once again becoming popular.

Unlike men’s fashion, the rules for how and when it’s appropriate to wear a tie are decidedly looser when it comes to women’s fashion.

In many ways a women’s fashion pioneer, Madonna often uses neck ties to accessorise her strong sense of style. We particularly like these combinations Madonna has so stylishly demonstrated for us:

All worn with the unforgettable panache of this powerful woman. Make sure you click through to our website here to find ties in Madonna’s style that you can incorporate into your wardrobe.

With over 28 years acting experience and a net worth of $95 million, Cate has starred in roles in movies as diverse as Lord of the Rings and The Aviator. She is a career woman, a deeply committed environmentalist, wife, mother and in line with our passion, fashion guru when it comes to neck ties.

Cate loves a power suite, and frankly the power suit loves her.  Her clever combination of fabrics and accessories such as ties and scarves always looks classy. We’ve put together our favourite Cate Blanchett/tie looks for you to consider for your own wardrobe:

Cate’s quirky use of ties and scarves as an accessory to every day clothing items gives her fashion style an edge of power.  Be sure to click through to our website here for a peek at the gorgeous ties available for you to incorporate into your wardrobe.

The Vinuchi teams final power woman has to be South Africa’s very own Charlize Theron.  With 70 nominations for her work and 25 awards, Charlize has become one of the most influential actresses in Hollywood.  In addition to being a powerhouse on screen Charlize champions over 36 charities and foundations. When it comes to fashion, Charlize uses neck ties and scarves to balance her outfits.  At Vinuchi particularly like these combinations:

Of all the actresses we’ve mentioned, Charlize has mastered an interesting aspect of tie’s in women’s fashion, that of balance.

The power suit and power tie cannot overpower your personality.

The Vinuchi teams suggestion is that you use a necktie or scarf to balance your clothing.  Take for example, a very feminine shirt with ruffles and lace the soft fabrics can become overpowering but pairing that type of shirt with a crisp tie in contrasting colour brings balance to the look.  The opposite is also true using a tie in feminine fabric such as lace to balance hard suit lines means your outfit will look crisp but feminine, a very powerful combination.

TAKE A LOOK AT OUR RANGE HERE

and use ties to bring a fashionable edge to your wardrobe.

Corporate Socks Are Without A Shadow Of A Doubt One Of The Best Ways Of Promoting A Brand.

A Day In The Life Of A Tie Manufacturer Can Be Crazy & Complicated But Fun!